The Global Skill Partnership is a migration model that ensures mobility contributes to development for all by providing potential migrants with skills that are in demand in their target destinations.

One of the goals is to create a cultural shift in how different stakeholders – governments, migrants, businesses, journalists – think about migration. Our job was to help connect those different perspectives and build a common narrative, promoting smart deals to benefit both countries of origin and destination. The strategy resulted in a new website for the project, and an interactive map that visualizes more than 100 labor migration agreements currently in effect among countries around the world.

The first challenge was finding the right words to convey how migration can be a solution, not a problem. We started by conducting interviews with key people in each of the fields involved, to better understand how they perceive the issue and the language they use in addressing it. With this vocabulary, we then built a conceptual language for the project, working with the GSP team and our sister agency Soapbox, also part of the project. We observed that some users needed to understand how the agreements promoted by GSP worked, while others already understood them but needed to be convinced of their usefulness. We designed a specific narrative for each group and came up with a title that set the tone for the project: Migration that Works for Everyone. 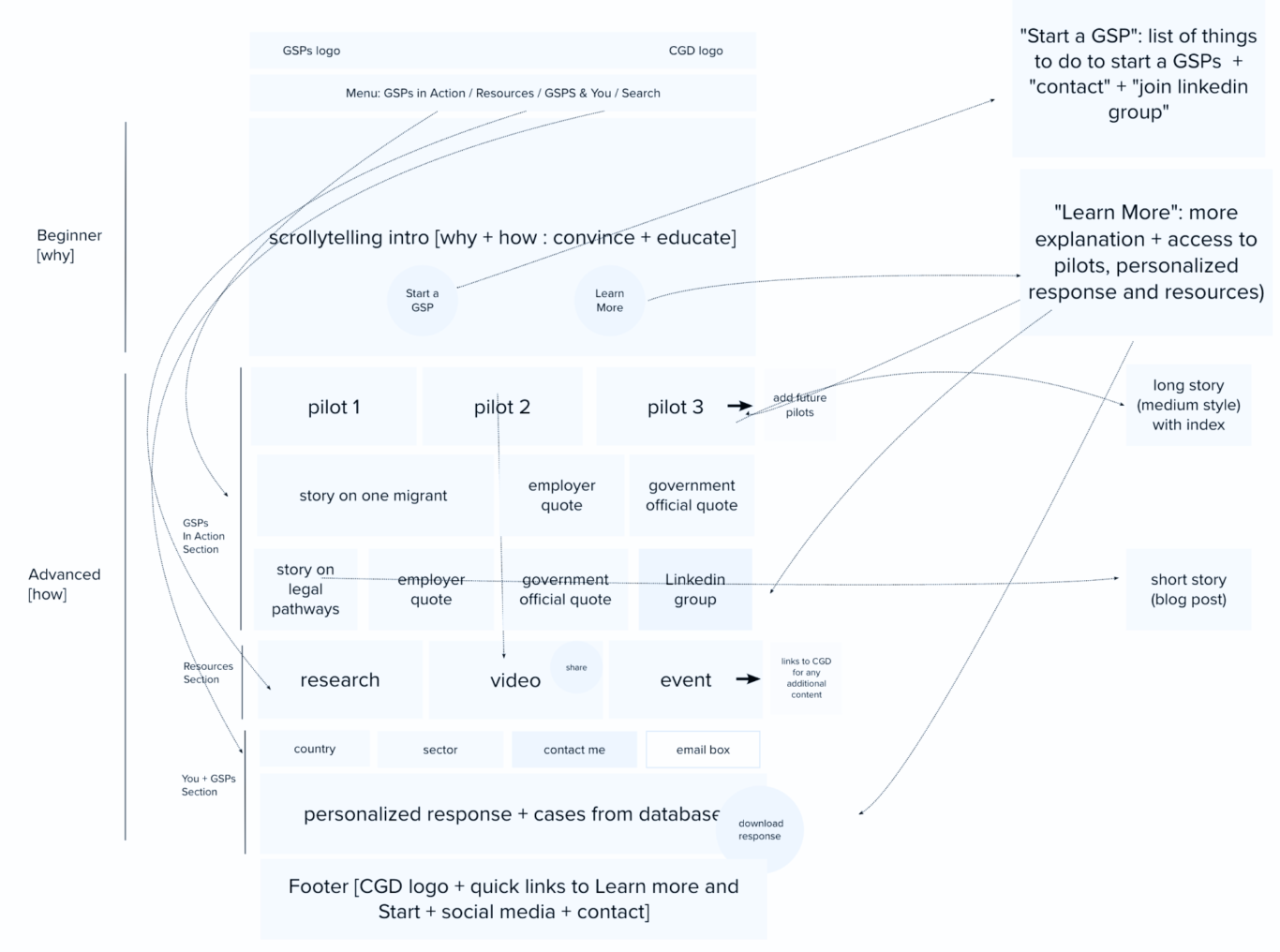 Meanwhile, we started working on the wireframes for the website – the structure of the homepage and internal pages. We combined planning with flexibility. We started with a pen and paper list of all the communication resources the GSP team needed, such as a space for blog posts or publications. We added sections for explaining and persuading, in response to what we heard from the interviews. This list was flexible: at the end of the project, we added some new pages to present each of the existing legal migration paths.

"Sociopúblico is one of the best design agencies I’ve worked with, from their creative designs, to their thoughtful advice, to their clear and timely communication. They listened carefully to the vision we set out for our Global Skill Partnerships platform and brought something fantastic to life! Would be a pleasure to work with them again."

In the design stage, we incorporated illustrations that would help to shift the stereotypical image of migrants. Rather than show suffering people escaping their homeland, we depicted inspiring people realizing their livelihood ambitions thanks to smart alliances among countries. 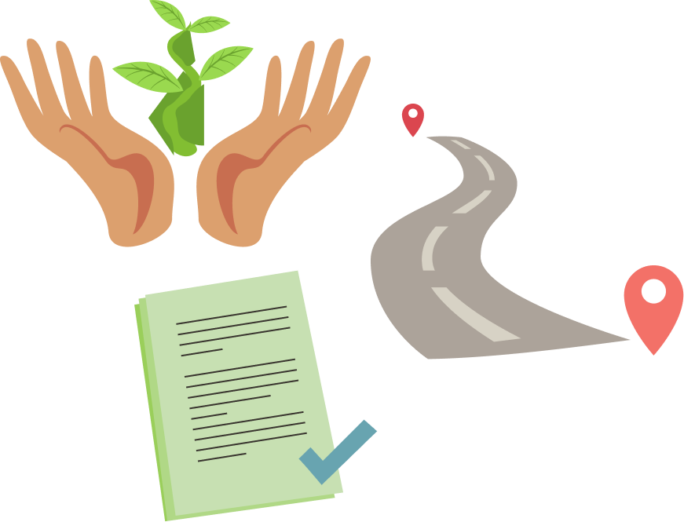 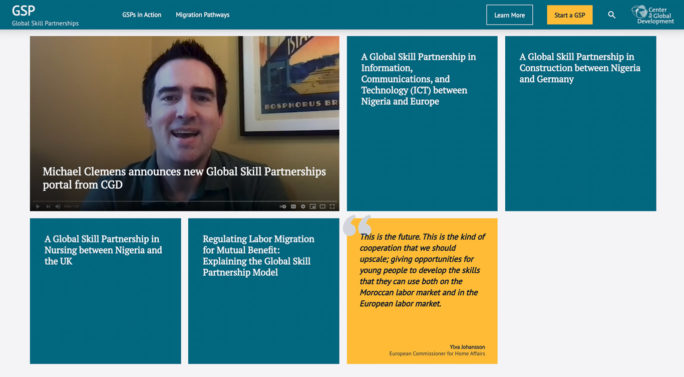 One of the segments we gave the most thought to was the interactive map on the homepage. The GSP team had built a very detailed database, describing all the legal migration pathways in place around the world: what skill level they require, which economic sectors they target, what reach and impact they have had, and so on. To transform this data into a visualization, we had to make some key decisions, such as: should we consider countries, agreements or connections between countries as measurement units?

We combined these dimensions into a simple but data-rich map that was easy to understand and worked well on mobile phones. From a technical point of view, the map had its own requirements. We built it in React, connecting the front end with a spreadsheet that contains the data and allows it to be updated. The rest of the website was developed in WordPress, to take advantage of its powerful content management system and allow the project to be updated and grow over time.

The perfect ally in the battle against misinformation

The Global South, more connected than ever