The perfect ally in the battle against misinformation

In the midst of the era of misinformation, Google challenged us to generate a tool that would help young people identify fake news. But... How to attract their attention in such a complex subject? With a game, of course!

Share/Not Share – a collaboration between Sociopúblico, Google News Initiative, Red/Acción and Unicef – is an online interactive game that invites young people to test their ability to identify fake news and learn more about misinformation. It is also an educational tool that enables teachers to bring the topic into the classroom.

Interviews and testing showed us that competition was key to grabbing and holding teens’ attention. Players wanted to measure themselves against their friends. That’s why we included scores and a winners ranking. Users also told us about real situations in which they wondered if a news story was fake – just before sharing it on social media. So the game focuses on these content-sharing decisions. Finally, we made sure that the instructions were crystal clear all through the game, to avoid having users abandon the game from frustration. With these adjustments, we achieved surprising results: teens spent an average of more than three minutes playing, while other ways of presenting content engaged them for just a few seconds. 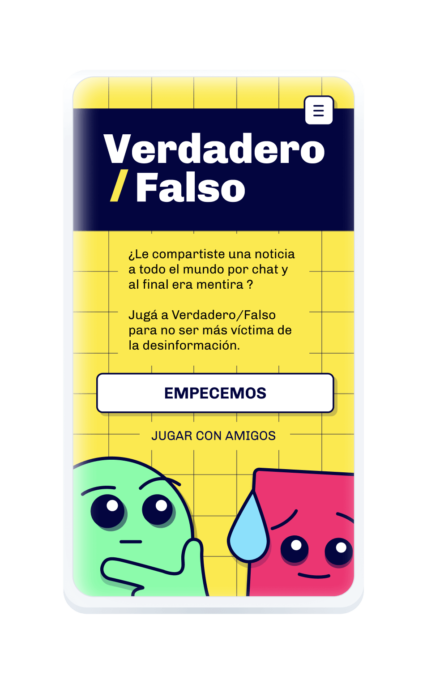 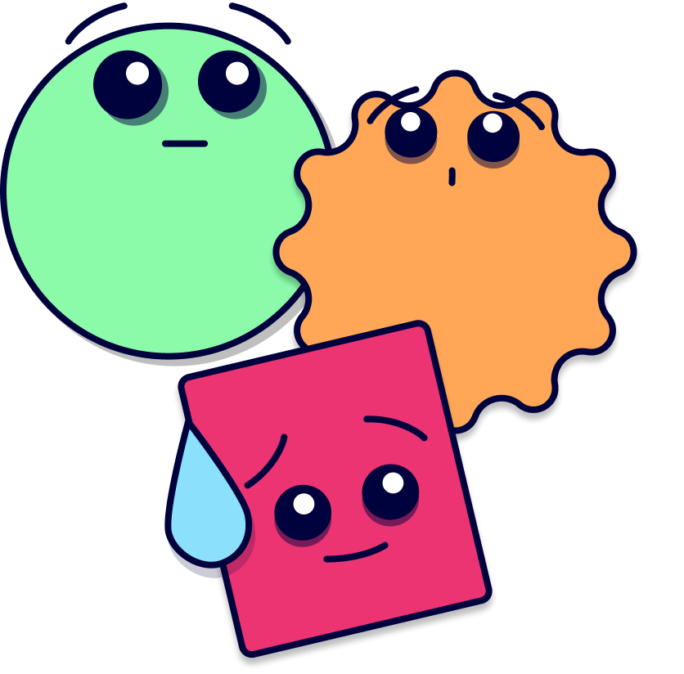 Working on a project for young people demanded not just the right format, but a highly appealing identity and visual context to attract potential players. Through design and illustration, we created a fresh, fun and simple identity that connects with the targeted age group and wider audiences, to extend the game’s reach.

The digital development of the project also led us to think about internal users. We created an ultra-comfortable, multi-language back end, developed in Vue, that lets the Red/Acción and Unicef teams create new games around different themes (e.g. the pandemic or climate change). This ensures that the information literacy project is always topical and can be refreshed as new issues emerge. 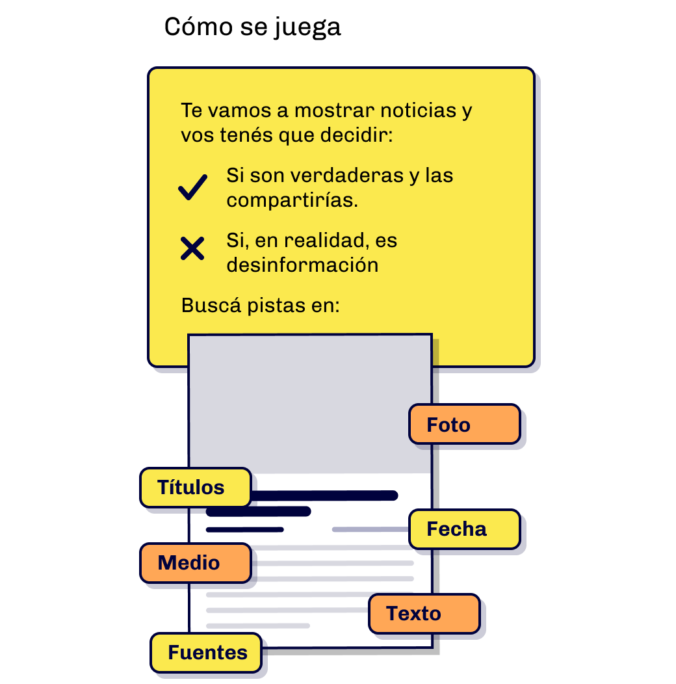 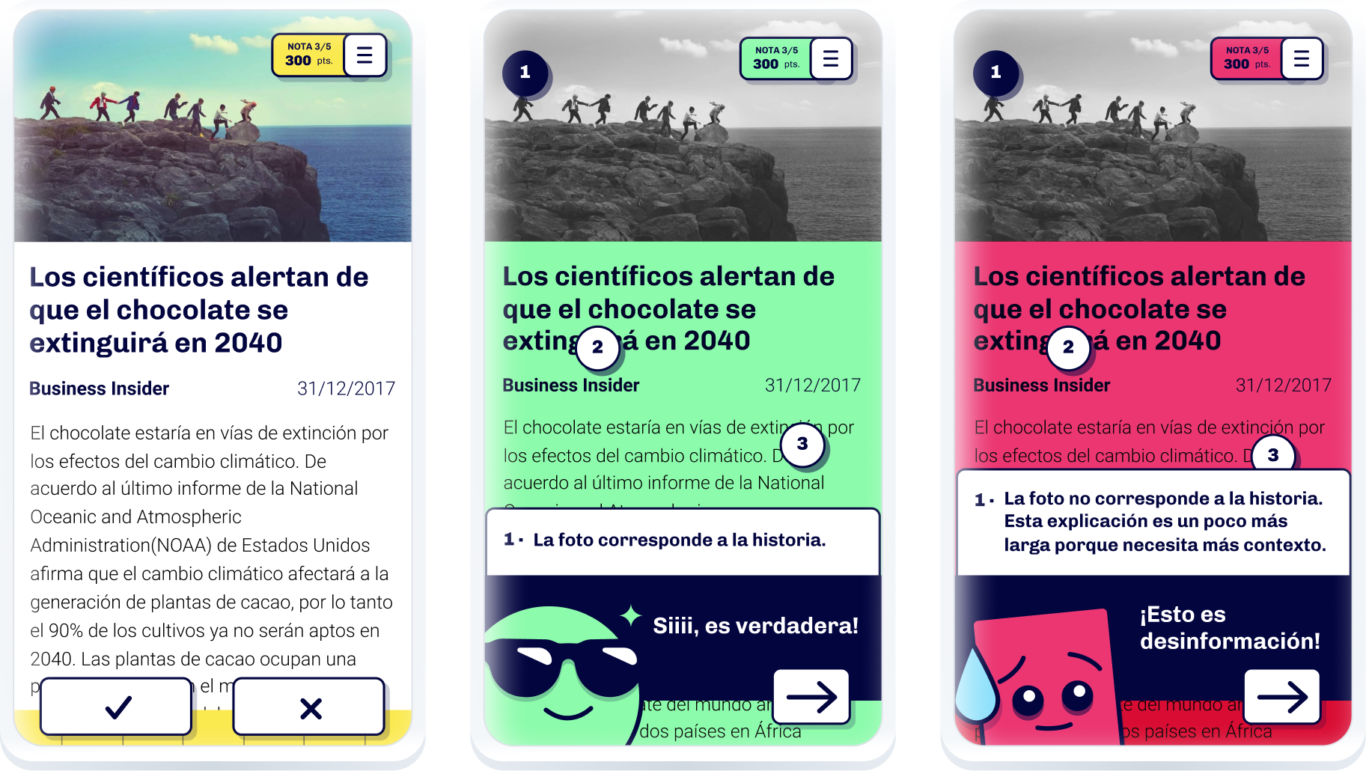 For each “news” item, administrators can add a score and embed different clues about its accuracy in key aspects such as the title, sources, data or photos. They can choose to create a game in English or Spanish. For teachers, we also developed a landing page that provides educational guides. Finally, we’re using Google Tag Manager to measure our effectiveness in meeting the project’s goal – helping young people bust fake news while at play. 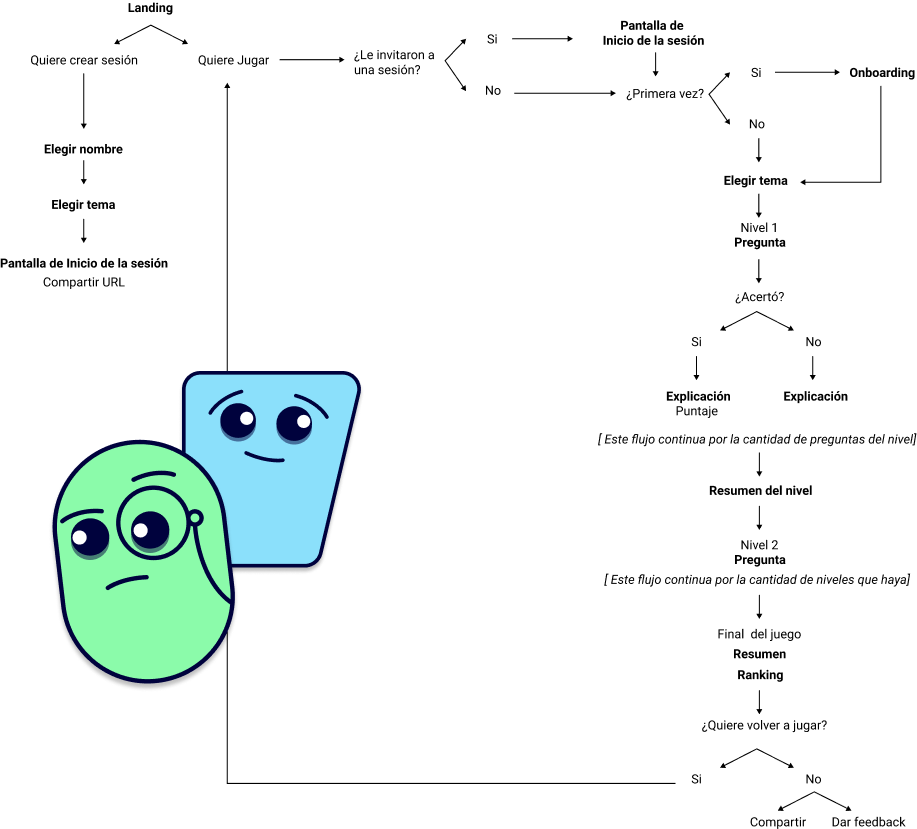 As the climate changes, so does the city